Home of Good Hope's youth soccer team isn't just about winning, it's also about their development.

Fortunately, after the Corona period, the football competitions have also started again in Namibia. This is also the case for the renewed youth football team of Home of Good Hope (HoGH). A team of young schoolchildren who, together with about 600 children from the Goreangab slum, are served a nutritious meal every day in the Monica Imanga’s soup kitchen, which has been the driving force behind HoGH Namibia for many years.

Due to corona, there was no possibility to play in competition and they have only been able to train to a very limited extent. There are also too few suitable football fields and due to the recent winter break (it is winter there when it is summer in Europe) football got off to a slow start. And like all children in the world, they love to play and run around with a ball. But now there is an enthusiastic HoGH football team again and they are also working on a netball team for girls.

It's not just about winning. With Peacemaker Imanga (Monica’s son) and coach Morres, serious work is being done to offer sports opportunities for the children of HoGH. The coach said: "We have a very young team and are now 13th in the league in which 16 teams participate. But it's not just about winning. Personal development, having fun with each other and making new friends is also of great importance. We also occasionally let some older children from the neighborhood participate in the training and hope to motivate the younger children."

The HoGH Nederland’s sponsorship makes it possible that they can register for the competition, have a drink and get an extra snack, get football equipment and transport can be used. Although... they walk 6 km to the competition field (a kind of warm-up ...) and afterwards a van takes them back. They change clothes at the edge of the field, the football clothes are in 1 size and therefore too big for the smaller children. There aren’t any showers but that doesn’t spoil the fun.

You can tell the Youth Football Team Home of Good Hope are having lots of fun, They are super enthusiastic and very proud of their outfit. And the goalkeeper is happy to show off his new gloves.

In this movie a small preview >>> 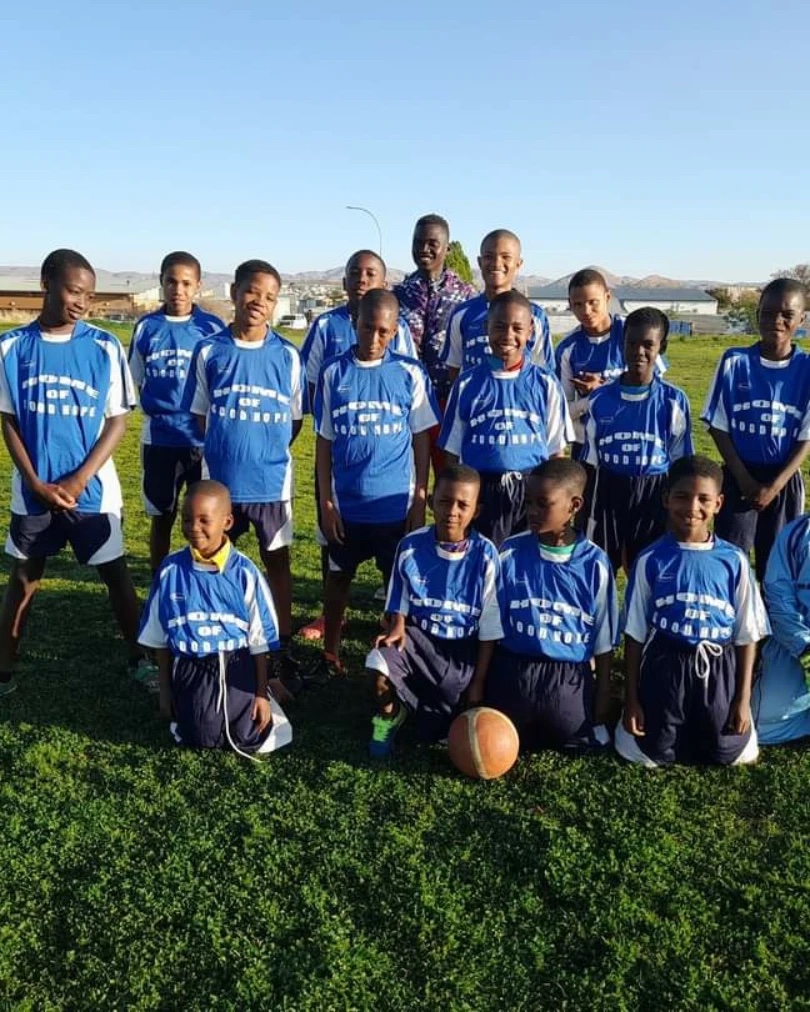